FOR A FANTASTIC BRIEF VOYAGE INTO DEEP SPACE, COMPLETE WITH ADDED SOUND EFFECTS TO ENHANCE THE ADVENTURE, CLICK ONTO THE LINK BELOW TO SEE ACTUAL NEBULAS, NOVAS, SUPERNOVAS, STARS, SUNS AND GALAXIES AS PHOTOGRAPHED FROM THE HUBBLE.

IT’S MISSION IS SCHEDULED TO END IN 2010 AND FOUR YEARS LATER REENTER OUR ATMOSPHERE AND BURN UP. INSTEAD, ASTRONOMERS WANT THE HUBBLE TO BE REFURBISHED AND ITS USE EXTENDED ANOTHER 10 YEARS.

THE JAMES WEBB SPACE TELESCOPE IS SCHEDULED TO REPLACE THE HUBBLE IN 2011.

The New Mexico Lottery began April 1996, now has 63 employees, and is governed by an unpaid seven-member authoritative board of volunteers, appointed by the state’s governor. The Legislative Finance Committee has advisory oversight of the Lottery. The projected fiscal 2003 sales is $137 million, all proceeds going to the Lottery Tuition Fund, which directly benefits the state’s students in the form of educational scholarships.

Wouldn’t it be nice if governmental entities and corporations could generate as much truly beneficial income with as few employees?

NMLA invests today in its state’s future of tomorrow.

This year, a few NMLA employees and most of its board members gathered in New Orleans, along with other members the North American Association of State and Provincial Lotteries, for its annual meet.

Come tour — with French Creole Marcelle, tour-guide extraordinaire — portions of the New Orleans area along with a NMLA companion in Byways of this issue.

Through the Lottery Success Scholarship Program, every New Mexico high school graduate (or GED recipient) who wants to attend a New Mexico public college or university can get his or her tuition paid as a result of profits from the New Mexico Lottery.

For more information, simply call your college financial aid office or the New Mexico Commission on Higher Education at 1-800-279-9777. 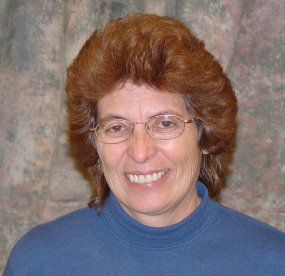 ROSWELL – She would have been happy with the $5,000 she normally would have won under the circumstances. But for Betty Trujillo, a $25,000 prize is proof that New Mexico Lottery players are
winning using the Power Play multiplier option when buying Powerball tickets.

Trujillo correctly matched four of five white balls plus the Powerball in a drawing earlier this month — the Powerball third prize. However, Trujillo also paid an extra $1 to add Power Play to her $1
Powerball quick pick. And because the Power Play for that night’s drawing was five, she quintupled her prize from $5,000 to $25,000.

“It made a $20,000 difference for me!” Trujillo said this week at Lottery headquarters in Albuquerque. “I’ve had good luck with Power Play since I started using it.”

For a few days after the October 18 drawing, Trujillo didn’t realize she had won. The following Tuesday, she returned to the store where she bought the original ticket, ready to buy a Powerball ticket
for the next drawing … hopefully using a few dollars she may have won to pay for the new ticket.

From that point on, the prize became a family affair. Trujillo works with a sister and brother-in-law at C. Reading Plumbing, Heating and Air Conditioning in Roswell. The office was filled with “screams, tears and laughter,” the sisters said. Then a third sister was called on a speakerphone, and the same reaction was repeated.

All three sisters made the trip from Roswell to Albuquerque, and their smiles never stopped the entire time the trio was inside the Lottery claim center.

Trujillo plans to use her prize to pay bills, investing and saving the rest.

About 20 state lotteries nationwide now participate in the Amber Alert program or will shortly. Law enforcement officials in New Mexico, Arizona, Colorado and Texas will be able to relay Amber Alert information to lottery retailers from one state to the next if conditions warrant. 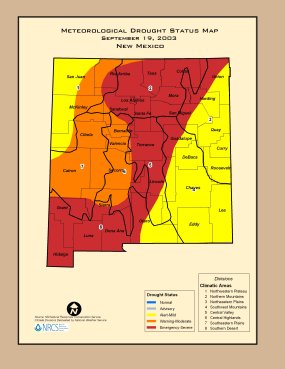 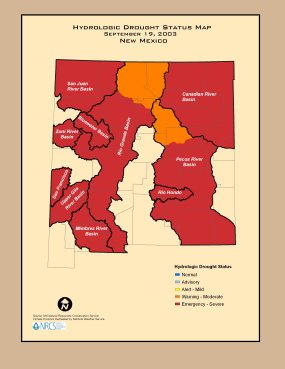 Email jan@themail.us to order yours today.